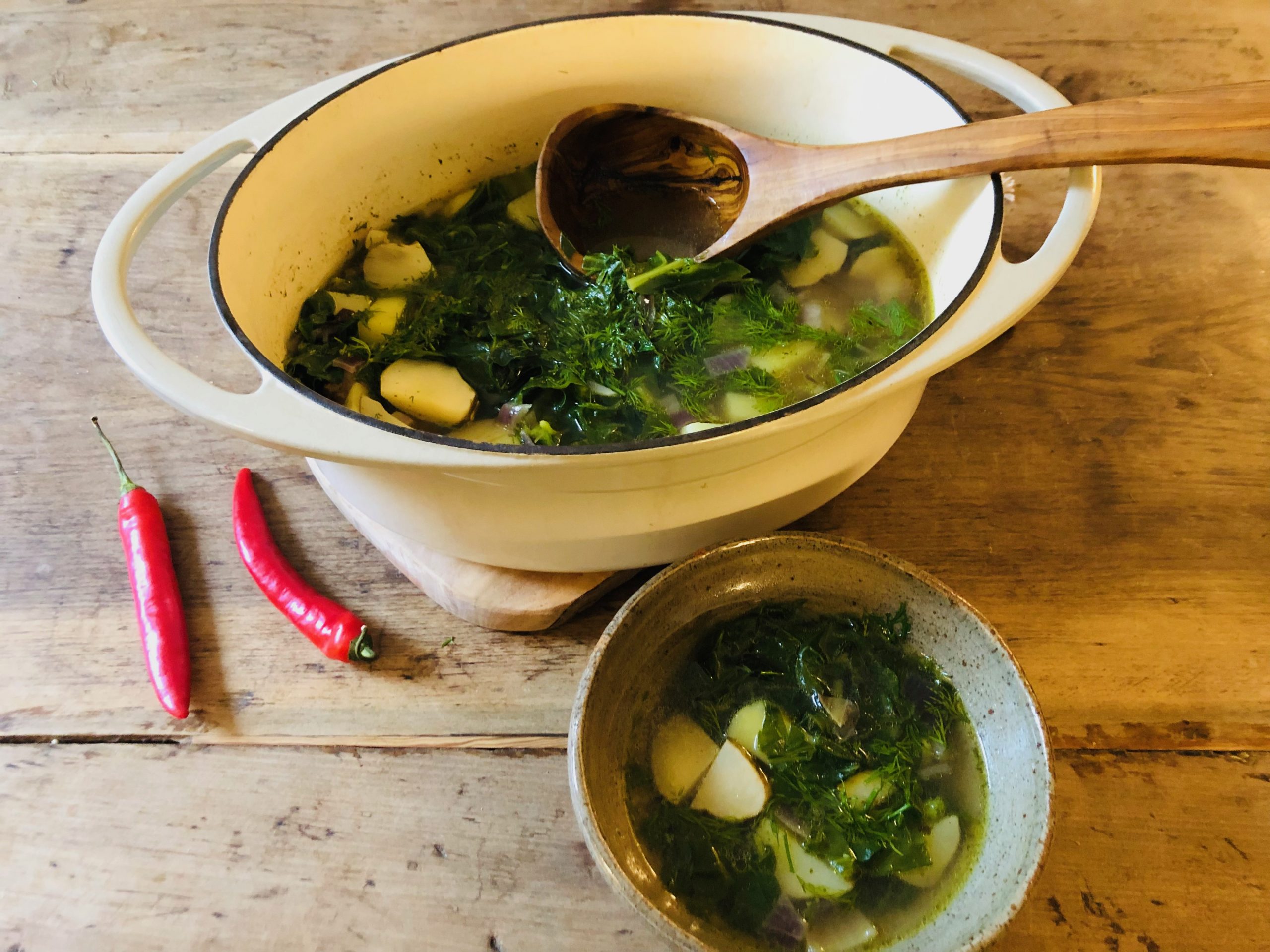 Let’s talk helianthus tuberosus, commonly known as Jerusalem fartichoke 😉 because it’s so good for your gut health (recipe below).
Jerusalem artichoke has nothing to do with Jerusalem and is not an artichoke (the taste is similar to the artichoke hearts). It is from the sunflower family. The flowers are much smaller because this plant concentrates most of its resources into its tubers.
It’s like a weed, you can’t get rid of it. I like plants with perseverance they usually carry powerful medicine.
Studies show that for gut health you need lots of fiber (that’s the reason my cleanse & rejuvenation protocol is 70% vegetables).
Jerusalem artichoke with its undigested fiber, stays in the colon fermented by gut microflora is- a fuel for probiotics.
So don’t let the air-inducing effect 🌬 stop you from enjoying this nuttily-delicious, highly, pre-biotic, winter vegetable.

As promised I’ve played with what I’ve found in the farmers’ market, and I can report that my cooking guideline: ‘what grows together, tastes fantastic together.’ worked.

6 Jerusalem artichoke, chopped, I personally just wash them with a vegetable brush, do peel if you prefer

I use homemade organic chicken broth as its magic medicine for my gut, but use vegetable one if you are vegan

Dill or parsley for garnish

add the hing and stir for a few seconds

Add water, broth, chestnuts and all the chopped vegetables

Bring to a boil then cover and simmer on very low heat for 20 more minutes.

Let it cool slightly before you serve

Garnish with dill or parsley

Six x weekly one-hour mentoring sessions via Zoom or Telephone. This is my shortest package as 40 days is the minimum time it takes our brains to create positive new habits. In my Six Week offer we examine what is holding you back and what might help you to shift into a space of contentment. We explore how to develop a healthy relationship with food – how to plan, shop, and shift to cleaner eating habits and a lifestyle supported by nourishing, delicious whole foods. We create realistic routines for you so you can commit to this healthy way of being. “Overall, Rina has enabled me to get back in contact with my true self after 10 years of hibernation. My work started with Rina when I felt I’d really reached a full stop, I was lost and felt there was no one I could talk to.  I am convinced this was one of the most important things I have done to help myself. Now I am energised, and revitalised, I’ve remembered who I am and have the confidence to work towards my truth. I don’t have the answers but I am happy that I am on the right path.”